Why is Goddess Lakshmi Puja important during Diwali 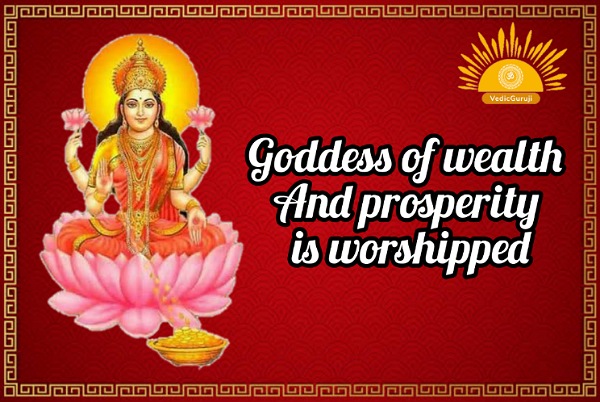 Why is Goddess Lakshmi Puja important during Diwali

Diwali was first celebrated to mark of joy of homecoming of Lord Rama with wife Sita and brother Lakshman after defeating Ravana during their 14 years of exile. It is the darkest night of the year (Amavasya), and still the brightest because Diwali literally means “row of lights”.

Diwali is a 5-day celebration and each day has its significance. People celebrate each day with lot of enthusiasm and excitement. Hindus also mark Diwali as the commencement of financial year.

·       Dhanteras: It is celebrated as Dhanvantri Jayanti. On this way, it is considered auspicious to purchase new utensils made of steel/silver. Buying gold and silver coins is also a ritual. Hindus consider this day as the commencement of the financial year.

·         Naraka Chaturdasi: The most important ritual followed on this day is to begin the day early and apply a special scrub on the body followed by a bath. It is called Abhangya Snan. It is also observed as Choti Diwali, Kali Chaudas, or Roop Chaudas. Goddess Kali killed Narakasur and hence this day is observed to celerabte the success of good over evil.

·         Diwali: It is the day of the festival of lights. People light lamps in their homes and work places. Goddess Lakshmi is worship following by merry-making.

·         Kartika Shudola Padyani/Govardha Puja: People worship their machinery and instruments on this day. This day is also called Annakut.

·         Bhai Dhuj: The festival of brothers and sisters mark the importance of this day. Sisters apply vermillon (Tilak) on the forehead of their brother that consist of Roli, Chawal, and Kesar. They wish happy, long, and healthy life for each other.

Significance of Lakshmi Puja on Diwali:

So both Lakshmi and Ganesha are worshipped together. It is essential to have wisdom to gain wealth. It is also essential to be wise to maintain the wealth gained in life. So Lord Ganesha also plays the balancing act of maintaining the gained wealth and prosperity in life. Without having the sense of right or wrong, one can misuse the power of wealth. An interesting mythological story is also associated with this fact.

Once Lord Vishnu was in conversation with Goddess Lakshmi and He observed that the Goddess has ego about the fact that she was most desired and worshipped by humankind as people always desired wealth and richness in life. Goddess Lakshmi was childless and hence Lord Vishnu told her that a woman is incomplete without enjoying motherhood. Hence, Goddess Lakshmi requested Goddess Parvati to grace her by giving her the chance to adopt Lord Ganesha. As Goddess Lakshmi moved from one place to another, Goddess Parvati was not very comfortable with the thought of giving Lord Ganesha to Her. But the former ensured Goddess Parvati that she would take good care of Ganesha and He would be always worshipped with her. People who did not worship Ganesha with her would be devoid of wealth and prosperity. Hence, goes the significance of Lakshmi Puja in Diwali and worshipping Ganesha and Lakshmi together on this auspicious day.